Hello and Welcome to Open Adit West, parent company of Mine Rat Minerals. We have mined many fine mineral specimens in the past, from the Elmwood Mine in Tennessee to the Baja California Peninsula for sulfur. We now go straight to the source of crystal mining areas to try and purchase, so we can offer you competitive pricing and great specimens for any type of collector. We do our best to acquire unique and interesting specimens that are just down right sexy to look at! 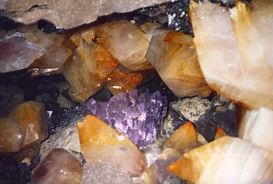 I have to say that I never thought I would end up buying and selling mineral specimens here on the internet after a lifetime of getting bruised up and dirty collecting the quarries of Ohio and Southern Michigan as a snot-nosed kid in high school. I was a field collector at heart and could not stand hanging around the shows when there was rock to be moved somewhere in the never-ending search for shiny baubles which I believe we all look for when we are starting out in this hobby. 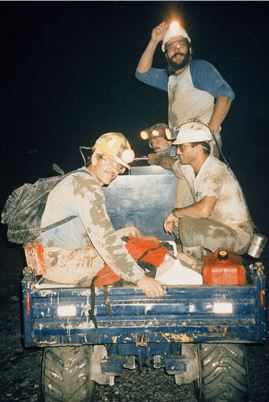 Dad and I would go to all the usual suspect quarries on a long weekend such as Maybee and Newport, Michigan, and then head down south into Ohio if the Michigan quarries were not hitting and bumble around to Maumee (yellow Fluorites and some Calcites), Lime City (brown Fluorites and Celestites) and then maybe down to Auglaize for those delicious little purple Fluorite phantoms if we got lucky. One of dads' regular haunts back then was Rennselear, Indiana for the Pyrite and Marcasite that would come from the quarry. All I remember of this hole was the natural oil that was all over the inside of the pockets and by the time you were done digging your clothes had to be burned or thrown out.

In my late teens, Dad and I would drive down to the Cave-n-Rock district in Southern Illinois and try to buy material from the miners who were working at the Denton Mine and the Annabelle Lee Mine at the time. Famous mines like Minerva #1 and the Deardorff had already seen their prime come and go by the time I was going down in the early eighties. One of our other favorites back then was collecting at Hall's Gap, Kentucky for the Millerite and Honesite Geodes that were found along the road cut. The great thing about collecting at Hall's Gap was the experience of collecting with my mentor and cult god of field collecting, Neal Pfaff, aka "The Phantom of The Gap" and his lovely wife Chris!

After high school was over I decided that I wanted to head out West to collect at some of the famous and exotic localities that we Midwesterners dreamed of. I had the fortunate chance of knowing a man by the name of Stan Esbenshade who was a fellow Buckeye and was digging in Morenci, Arizona during the winters back then. I talked my way into working at the mine with him in late 1986. At the time Stan had just found the Azurite and Malchite Stalactites the year before and was still snarfing around the hole looking for any follow-up leads. On Christmas Eve, 1992, James Dunn, Elizabeth McKitrick and I found what we would end up calling the "Pigment Zone",which yielded several tons of the thick Azurite that you see in the photos. 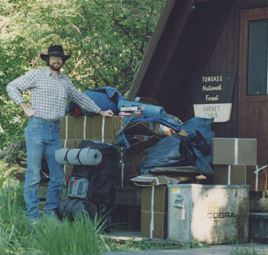 I was very lucky during this time to be able to meet great people like Bob and Carol Jackson at the Spruce Claim in King County , Washington. Bob taught me how to dance with a Cobra drill and move rock with powder, which sure as hell beat hammers and chisels as the only way to move rock. I was lucky in 1991 when Bob Jackson called me up and told me that his regular grunt for packing almandine garnets out of the Wrangell, Alaska locality had backed out and that I could go if could get from Tucson, Arizona up to Seattle in a couple of days.

In 1993 my father, Joe Kielbaso, formed a wholesale mineral business with Mike and Norma New called Top Gem Minerals, Inc. One of our first mining projects was the Sulfur locality in Baja California at Bahia Santa Maria. 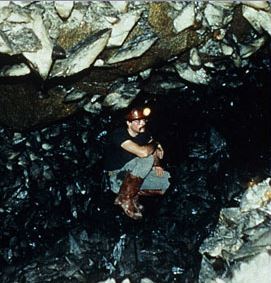 1994 brought a contract with the Doe Run Company in Viburnum, Missouri to collect the pocket (cave) of Calcite with Marcasite in drift #106 of the Brushy Creek Mine in Reynolds County, Missouri for Top Gem Minerals, Inc. I, along with Brian (Big "B") Stefanec, Brian (Little "B") Huntsman, Eugenio Quintana, Paul Jett and Travis Hartin, collected for a total of nine months in the pocket that ran for 425 feet and had numerous chambers that we hadnamed such as Voodoo Lounge, Alligator Alley and the Gauntlet. All in all we collected twenty four tons of crystallized Calcites with Marcasite and in the process used 21,000 baby diapers and four miles of bubble pack. For further reading and more details of the project please reference Rocks & Minerals, Volume 72, Issue 6 November 1997, pages 370-373 for an article by Les Presmyk and pages 379-382 for an article by Rock H. Currier of Jewel Tunnel Imports.

1996 brought another contract for Top Gem Minerals, Inc. from Savage Zinc out of Australia to collect all the mines within the Elmwood complex in Smith County, Tennessee including the Elmwood Mine, Gordonsville Mine and the Cumberland Mine. I along with the killer "B's" Brian (Big "B") Stefanec, Bryon (Medium "B") Brookmyer and Brian (Little "B") Huntsman spent three years digging the various workings and making some wonderful friends along the way.

We hope you enjoy viewing the experiences we have had and look forward to creating a wonderful experience for your fine mineral acquisition! 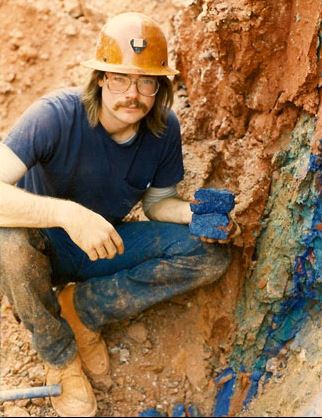 Mark Kielbaso at the Morenci Mine, Northwest Extension, Greenlee County, Arizona holding a piece of Azurite 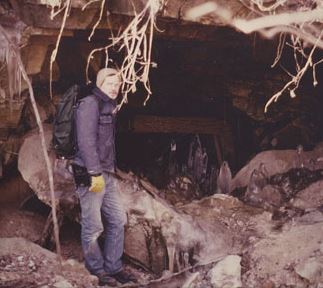 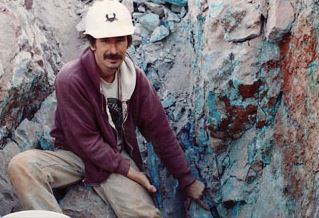 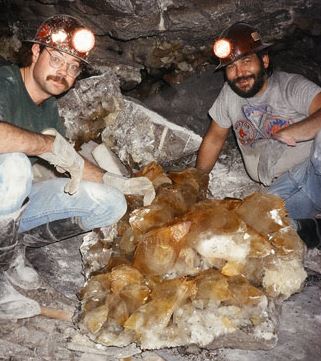 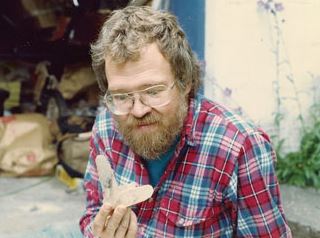 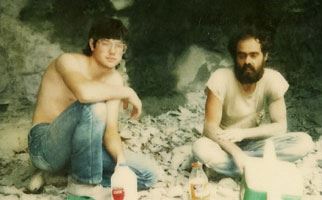 Mark and Neal Pfaff sitting at the Halls Gap, Kentucky